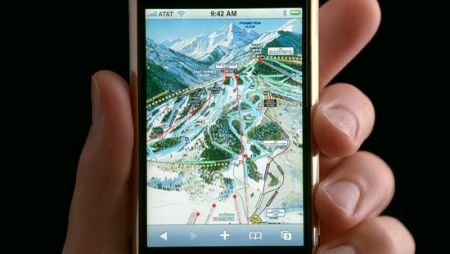 If you thought that the recent announcements of Vodafone and Orange getting their mitts on the iPhone would herald an era of cheap as chips Jesusphones, then think again.

According to the chief executive of Carphone Warehouse Andrew Harrison, there will not be a price war.

Speaking the the Times, he said that the lack of price competition would mean that everyone would be a loser and “this battle would be fought on other fronts”.

According to Harrison one front would be network quality with O2 customers complaining of performance of the network.

Orange has already received 125,000 pre-orders of the handset as O2 customers look to move away from poor coverage concerns and data crashes. (That Orange grass does seem a lot greener doesn’t it.)

But there is some good news for O2 customers. The mobile operator could offer its customers the chance to unlock their iPhones and move operator. As Orange next week and Vodafone after Christmas offering the phone, O2 could make the process of leaving the carrier a wee bit easier.

“We did not offer unlocking at the end of a customer’s iPhone contract as we had the exclusive contract for the iPhone in the UK,” an O2 spokesperson told The Register. “Obviously, that situation has changed… and we are currently working through what will happen.”

Will 3G iPhone have the fastest broadband ever?

GyPSii roams onto the iPhone