No, we’d never heard of a Squeeball either, but apparently it’s a range of cuddly toys, manufactured on a remote and secret island somewhere in the Pacific Ocean. Before they can be sold to children around the world, Squeeballs must be fully put to the test… to the point of destruction! And that’s where you come in.

You can blow up, cook, slice, bat, bowl, shoot and skim the Squeeballs through over 170 mini-game challenges (if you’re playing on the Wii, less on other platforms).

The motion-controlled game includes 11 party-game types (on the Wii), which each take place in a different environment – from lava-filled canyons, bowling alleys and kitchens to science labs and snow-capped mountains.

The game opens with four of the game types available, and as various challenges are completed further levels are unlocked, each one more difficult than the last.

Squeeballs Party can be played on your own, in head-to-head challenges with two players or in party mode for up to four competitors.

Squeeballs Party games include:
* Tenpin Bowling – Except atop each pin sits a happy Squeeball – knock them off!
* Feeding Frenzy – Fire Squeeballs at their arch enemies, the ever-hungry El Toros… or get eaten yourself!
* Cannon – kind of like tennis, if tennis involved having Squeeballs fired at you from a cannon.
* Cooking – Dice, slice, grate, season, and stir Squeeballs in special dishes prepared for El Toro.
* Crazy Lanes – Bowling down the wackiest, curvy lanes ever with lava and bombs to avoid.
* Paint by Squeeballs – Get your creative juices flowing as you catapult the Squeeballs to splat on the picture, colouring it in splodge by splodge!
* Creature Testing Belt– The Generation Game for the Wii Generation!  Pop, slice and punch the Squeeballs as they pass by on the conveyor belt.
* Pumping – Inflate the Squeeballs with the right amount of air and fly them through the course.  Exhausting fun!
* Squeeball Golf – Aim, spin your arms and send Squeeballs flying through the air, skimming the water and finding dry land.
* Shock – Steady as she goes along the electric wire or else.
* Stampede – Shoot the approaching Squeeballs before they reach you and smother you with their love.

Squeeballs Party is available in the UK on 30 October for the Nintendo Wii, Nintendo DS/DS Lite/DSi, Apple iPhone and iPod Touch. As mentioned, the Wii version features 11 game types and more than 170 Mini Game Challenges, while other versions vary in content.

The Nintendo Wii and Nintendo DS versions of the game will have a suggested retail price of £19.99, while the iPhone/iPod Touch version can be purchased at the Apple App Store for £1.79. 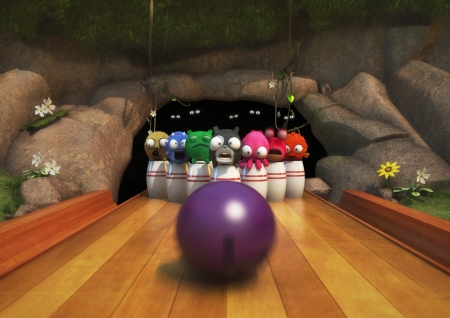