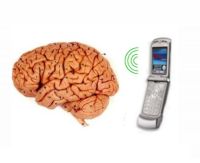 Heavy users face a higher risk of developing brain tumours later in life, according to a £20m 10-year study overseen by the World Health Organisation (WHO). The Daily Telegraph exclusively revealed today that the landmark international study, which will conclude later this year, will publish evidence that the long-term use of mobiles may be linked to some cancers.

“The conclusion, while not definitive, will undermine assurances from the government that the devices are safe and is expected to put ministers under pressure to issue stronger guidance,” the Daily Telegraph story said.

Early analysis of the results allegedly finds that the use of mobile phones for a period of a decade or more leads to a “significantly increased risk” of some brain tumours.

The Interphone inquiry looked at whether use of mobile phones is linked to three types of brain tumour and a tumour of the salivary gland and its head, Dr Elisabeth Cardis, backed new warnings.

“In the absence of definitive results and in the light of a number of studies which, though limited, suggest a possible effect of radiofrequency radiation, precautions are important,” she told The Telegraph.

“I am therefore globally in agreement with the idea of restricting the use by children, though I would not go as far as banning mobile phones as they can be a very important tool, not only in emergencies, but also maintaining contact between children and their parents and thus playing a reassurance role.”

“Means to reduce our exposure (use of hands-free kits and moderating our use of phones) are also interesting.”

Is Nokia planning an app store?