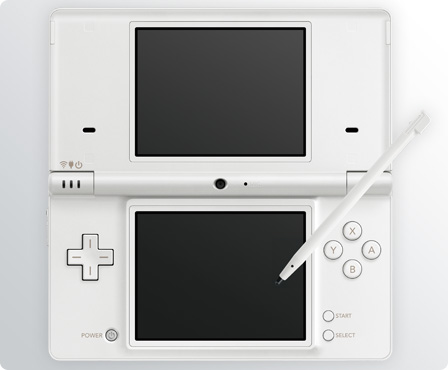 Sheesh, we knew the Mario boys liked to upgrade their handheld machines, but surely this is a record – there’s a new version of the barely-in-the-shops DSi out in Japan in less than a month, and it’ll be over here next year.

The DSi XL (or DSi LL as Japan will know it, as they prefer “LL” to “XL” for whatever reason) is, as the name suggests, the DSi but bigger. Most notably, the screens are a 93 per cent increase over the good ol’ DS Lite.

The redesign is due to customers asking for a larger screen because they use their DSes for internet browsing and as a music player – although the screen size is bigger, the pixel count remains the same, so everything on the screen is notably larger, especially words.

In addition, the new machine comes with two styli – one short, one long. In Japan at least, there’ll also be three pre-installed DSiWare titles – two Brain Training sets (one science, one humanities) and the DS Easy Dictionary. It’s unclear whether the European version will include these, though.

If you’re feeling import-happy, the DSi LL will hit Japan’s shelves on November 21 for ¥20,000 in either Dark Brown, Wine Red or Natural White.