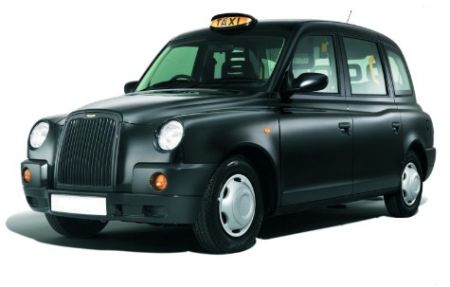 According to London cabbies, almost 60,000 mobile phones are left in taxis every six months – but the build up to Christmas is the worst time. According to a taxi survey organised by Credant Technologies, Londoners forget on average around 10,000 mobile phones a month in the back of taxis, and more than 1,000 other handheld devices, including iPods, laptops and memory sticks, every month.

“It’s a known fact that this is the worst time of year for forgetting `property’ at the back of cabs, but especially mobile phones and laptops as they slip onto the floor or get forgotten on the seats as passengers rush onto their next destination with their hands full,” said Steve McMenara, a spokesperson for TAXI, the magazine published by the Licensed Taxi Drivers Association.

“More people travel into London to buy their Xmas presents during this period who are not regular cab users, they hop a cab to get back to their train stations – and it’s always about an hour later we get a panicked call on their mobile phones asking for them to be returned.”

A spokeswoman for Credant Technologies said the study also highlights the fact that if you travel in taxis or other forms of public transport, then you need to encrypt your data so no one can see it.

“At the very least, you should password protect your data since, as various high-profile cases have shown in the last few years, it could easily fall into the wrong hands,” the spokeswoman said.

“Many of these devices now have the capacity to store as much as 4,000 pictures, 20,000 Word documents, 200,000 emails or an amazing 500,000 contact files, making them an obvious target for identity theft criminals and hackers who can – and do – steal this information and then assume the identity of the user both in their personal and business life.”

“If you don’t want to worry about the consequences of losing your mobile with all those embarrassing text messages and pictures, or laptop with valuable personal and company information, then protect that data using encryption and/or passwords. The technology is available, so why not use it?” said Sean Glynn , vice president at Credant Technologies.