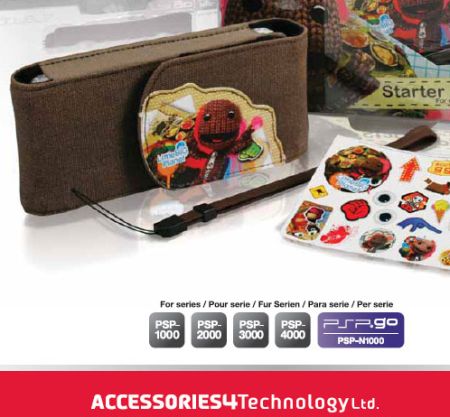 Here we go again… There’s an advert in the latest issue of trade mag MCV for some LittleBigPlanet gumpf for your PSP. It’s apparently compatible with the PSP-1000, PSP-2000, PSP-3000, PSP-4000 and PSP Go.

Those who have been paying attention will no doubt notice that the PSP-4000 doesn’t exist. Or does it? It seems unlikely to be a typo, since the non-existent console gets its own little bubble to be mentioned in, rather than being slapped on the fine print.

It could potentially be a major goof on the advertiser’s part. Or it could be a new model that hasn’t been revealed yet…

We’re kind of hoping it’ll be a PSP Go with a disc drive slapped on the side, and the resulting confusion will create some sort of technological black hole that sucks in all gadgets in a five-thousand-mile radius, leaving humanity sitting in a ditch poking berries up its collective nose.