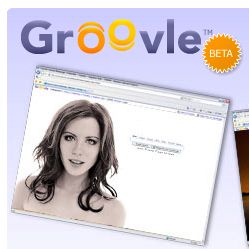 Google has failed in its attempt to take control of the domain name Groovle.com, following a decision by The National Arbitration Forum. “Google clearly miscalculated here. However, my clients are prepared to put this behind them,” said internet law expert Zak Muscovitch, who successfully defended Groovle.

Google had claimed that the domain name Groovle.com was “confusingly similar” to its own trademarked name.

However, a three-person panel of the National Arbitration Forum – composed of two retired American judges and one American law professor – unanimously ruled that Groovle.com “is not confusingly similar” to Google’s trademark.

Google has so far commenced 65 domain name disputes and this is only the second time that it has ever lost.

“We were stunned when Google launched the domain name dispute as we have great respect for Google and have always had a good relationship with them,” said Ryan Fitzgibbon, co-founder of Groovle.com.

“Google never had anything to fear from our website,” added the site’s other co-founder Jacob Fuller.

“The arbitrators’ decision that the two domain names are sufficiently different should put Google at ease and we look forward to a renewed positive relationship with Google.”

Groovle.com was launched in 2007 and allows users to upload photos and customize their internet start page.

“We thought it would be a cool feature to have a nice photo of friends, family etc., every time you launch your web browser, instead of the very plain Google.com and Yahoo.com page.” Adds Fitzgibbon.

“Since we launched Groovle in 2007, Google, Bing and Ask.com have each come out with something similar.”