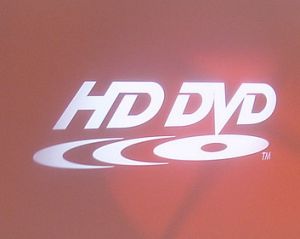 A while back we were amazed to find VHS alive and well in a German airport, not to mention a Blu-ray player that was also VHS player before that. Today we can’t help but think that old formats never die – either that, or someone at Drakes Avenue Pictures should read the news once in a while and realise that HD-DVD lost the high-def battle…

“The home entertainment release schedule occasionally throws up some interesting items. And it seems that for Drakes Avenue Pictures, the high-def war is still being waged,” says the DVD & Blu-ray Review website.

“Seemingly unaware the battle is over, the company is still plugging away – a bit like those Japanese soldiers that emerged from the jungle 20 years after the Second World War ended.”

It seems that Drakes Avenue Pictures is scheduled to release Kazakhstan film Tulpan on HD-DVD on 12 April, for £12.99.

Perhaps this is an amazing tactic. After all, there must be thousands of HD-DVD owners who are now eager for any and all content they can get their hands on.