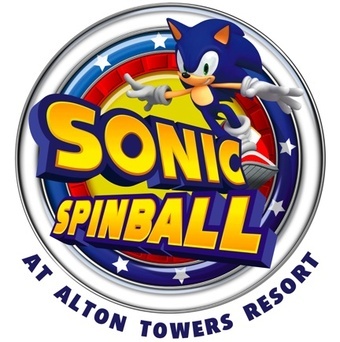 Erm, that’s a Sonic the Hedgehog-themed ride, you understand. Not…well, no.

Alton Towers has announced that it’s re-theming its current Spinball Whizzer ride – a rollercoaster inspired by pinball tables, with spinning round cars – to Sonic Spinball. Having ridden it ourselves, we feel it’ll be easy enough, as it feels much like what Sega’s hedgehog must go through on an average day anyway – they just need to paint everything blue, play some classic Mega Drive choons and the job’s a good ‘un.

What’s more, the three-year partnership between Alton Towers and Sega Europe has resulted in one of the rooms at the Alton Towers Hotel getting a Sonic makeover – redesigned to reflect the games, with a console or two for playing said games on.

It’s not actually the first time ‘hog-boy has hunkered down at the park – the old Toyland Tours ride, as we recall, featured Sonic at the height of his early-‘90s popularity.

Anyway, the new ride and room both open on February 13th.