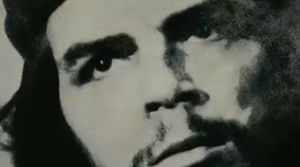 Yes, that iconic beret will be all shiny and high-def if you happen to be a Virgin Media customer. That’s because the HD premiere of Che will air exclusively on Virgin’s TV service, courtesy of PictureBox.

Part One, The Argentine, will launch on 5 February, and Part Two, Guerrilla will follow a month later on 5 March.
The films will each be available for a month on Virgin Media’s TV on demand service, meaning that customers will be able to watch them whenever they want during this time.

Part One focuses on the build-up to the Cuban revolution from the perspective of its leaders, including the young physician Guevara, and Fidel Castro. Part Two chronicles Guevara’s attempt to develop and implement revolution in Bolivia.

PictureBox is available to Virgin Media’s 3.7 million TV subscribers for £5 per month and provides a broad selection of recent and library feature films.