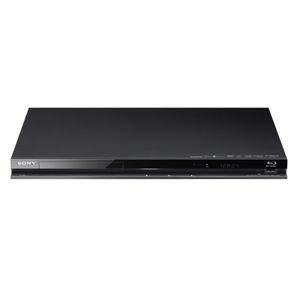 Sony has announced that its BDP-S470 Blu-ray player will also function as an affordable 3D player if users apply a software upgrade to the device. The BDP-S470 will then be ready to play Blu-ray 3D Disc movies on a 3D-enabled TV.

Meanwhile, the new BDP-S570 model will be fully capable of playing Blu-ray 3D without needing the software upgrade.

The players can also use Bravia Internet Video and Wi-Fi to connect to catch-up TV services like the BBC iPlayer, which will be available from March. Similarly, Lovefilm subscribers will be able to stream movies direct to their screens via the Blu-ray players.

Iphone or ipod touch users can also control their Sony home entertainment kit remotely with a free app from the Apple App Store, which is exclusive to Sony Blu-ray and Home Cinema systems.

Sony said its system was a world away from the “blurry, coloured pictures and cut-out cardboard glasses” most people associate with 3D.

Blu-ray compatibility has also been extended to an even larger range of file types, including DivX HD and MKV formats.