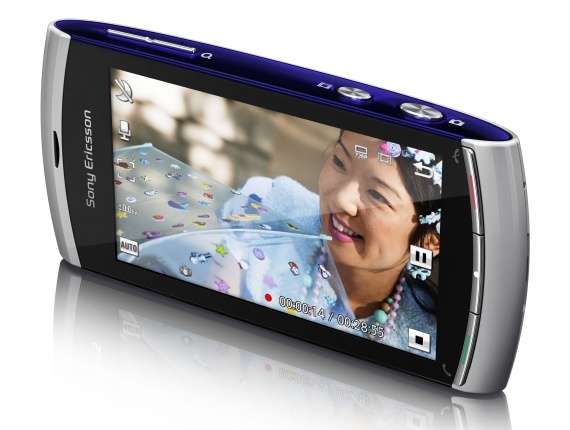 Mobile phone makers at the Mobile World Congress in Barcelona are showcasing an astonishing number of new phones that seem to emulate some of the look, functionality and features of the iPhone.

Sony Ericsson was the first to announce three new touchscreen phones at its press conference. First up was the Sony Ericsson Vivaz pro which adds a QWERTY keyboard to the touch screen offering and is optimised for messaging and entertainment including HD video. The phone, designed to mirror the shape of the human body, is certainly a good looking device. New ultra compact versions of Sony Ericsson’s Experia X10 were also showcased. The Xperia X10 mini and the X10 mini pro, which are both smaller than a credit card. Both have slide out QWERTY keyboards and give users access to a multitude of applications at the Android Market. The phone features a 5-megapixel camera, FM Radio and video streaming and a single app for text messages, missed calls, and Facebook™ and Twitter updates. Samsung also announced a new full touch mobile, the Samsung Monte (S5620), which, like many of the other touch phones includes social network apps like Facebook, Twitter, Bebo and MySpace. The multi-IM capability also provide users with the opportunity to chat in real-time via their chosen service. A rather cool Geo-tagging capability lets users imprint their photos with geographic tags to share their experiences with friends. Toshiba also announced a couple of new touchscreen phones. Both run on Microsoft’s Windows Mobile 6.5 operating system, which with the launch this week of the new Windows Phone 7, seems a bit old already. The new Toshiba TG02 solves a previous unresponsive touchscreen problem. It is ultra-slim, feature-packed including Wifi. The Toshiba K01 smartphone has a slide out QWERTY keyboard and larger 4.1 inch screen. Details on availability and pricing information is still to be released. Acer had four new phones to showcase. The new Acer liquid is based on Google’s Android platform. It has a 3.5 inch high definition touchscreen and a raft of features including video playback or streaming, gaming and browsing smoothly rich-content internet sites. A new Quick Contacts feature makes it easier for users to switch between the address book and the social network applications. The Acer neoTouch P300 looks ultra cool with its 12 mm slimline form factor. It features a 3.2” WQVGA touch screen and full QWERTY keyboard. Big clear backlit keys make it easy to use in any lighting condition. With 3G and WIFI connectivity and automatic synchronisation to notebooks and netbooks this could be a great device for people who want a device for business and pleasure. Available from March 2010.

Acer also announced a tie up with Ferrari to develop a smartphone that it said will be available in March 2010.

Phones aside, the big news at the Congress was the launch of Microsoft’s Windows Phone7 software that the company hopes will become the operating system that all mobile phones adopt. The look and feel is as step up from Microsoft Windows for Mobile. Partners have already started building Windows Phone7 into their phones and so customers will be able to purchase the first phones in stores later this year apparently.