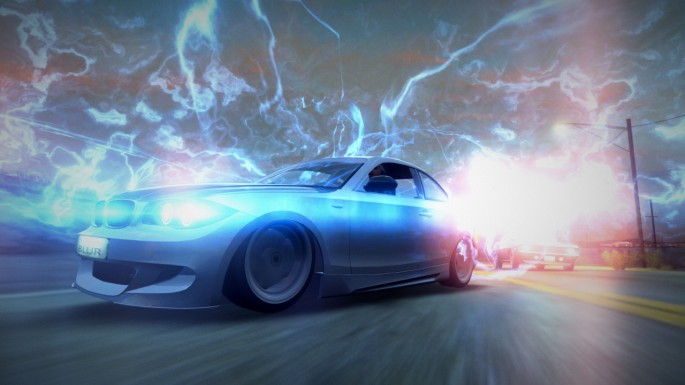 Blur is the latest game from Bizarre Creations, the team behind the Project Gotham Racing series. If you’ve got an Xbox 360 and you’re Xbox Live-d up, then you can try out the beta for free this week.

Blur, if you’re unfamiliar, is a combat racer – think Mario Kart or Wipeout, except with realistic vehicles. The beta gives you access to the multiplayer element with four tracks, classes and game modes. It’s been opened up to all Xbox users due to public demand and Bizarre running out of keys for the closed beta.

“We basically ran out of codes, so next week we are going to go live with the whole thing publicly so anyone can download it,” said Bizarre’s Gareth Wilson in a podcast published last Friday. The beta was supposed to be available this morning, but we’ve got no way of checking if it’s up yet.

It’s Xbox-only (the game’s for PlayStation 3 and PC as well) because the Liverpool-based developers only had time to implement it on one platform and Microsoft’s console had the most online players.

The full game is due for release on May 28.