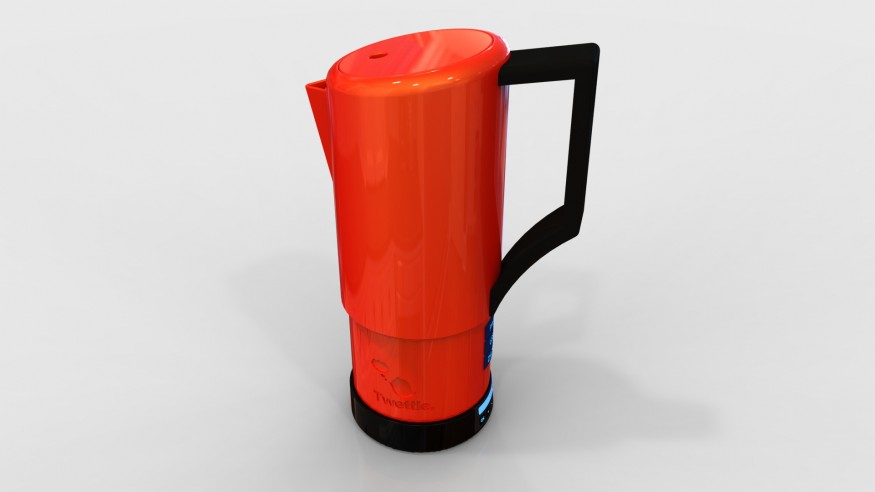 If you think that a whistling kettle is not good enough for this techno day and age, then you like this kettle that updates itself on Twitter.

Far from being a watched pot that never boils, the new Twettle is a wireless enabled kettle that will send out a tweet when it’s boiling.

The device was designed by Ben Perman and Murat Multu, who came up with the concept of a kettle that interacts with social media networks (and it probably a lot more intelligent than most Twitters).

Embedded underneath the kettle is wireless hardware that connects to the internet. This is attached to a sensor that monitors the kettle’s temperature.

The two came with with the idea after a boozy session in South London. Basically as a way of making money out of the Twitter bandwagon.

“I started to like the sound of Twittering hardware,” said Multu. “If we could cheaply and effectively produce the tech that enabled any manufacturers device to seamlessly ‘talk’ to open APIs (i.e Twitter, Facebook and more) then we would be onto something.”

The two are now hoping to raise £500,000 needed to market and produce the internet-enabled kettle. They hope to sell each one for around £75.