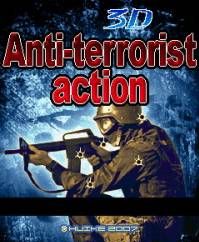 “Trojan diallers are not a new threat but they are becoming a common and more frequent phenomenon on mobile phones,” said Rossano Ferraris on the CA Community blog.

“A Windows Mobile game containing the Trojan dialler has infected smartphones resulting in expensive international calls made without the consent of the user.”

After being downloaded, the installer uses the file name antiterrorist3d.cab or codeckpack.cab.

In an example on the blog, Ferraris showed the malicious process smart32.exe which is installed along with the game.

CA suggests killing the smart32.exe process that’s running on the Windows Mobile operating system, installing process-management software to search for the malicious one and removing it from the system directory.