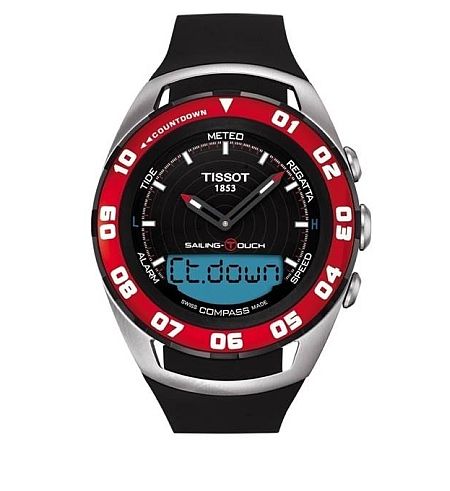 Tissot has launched the first augmented reality window display at Selfridges London, which allows consumers on the street the chance to virtually ‘try-on’ a 3D watch from the Swiss watchmaker’s T-Touch watch collection. The technology is activated using a paper wristband, which enables users to see themselves wearing the watch on large screens in the window of the store.

The bands will be given out by staff outside Selfridges on Oxford Street.

“With 28 different variations to choose from, consumers can able to try a selection of styles and select the finish and colour of their wristband from the Touch collection, including the new Sailing Touch, T-Touch Expert and Sea Touch,” an official Tissot statement said.

As well as seeing how the watch looks on their wrist, they can also experiment with the touch screen features of the watches, including the diver functionality of the Sea Touch and the altimeter, meteo, compass and thermometer of the wider ranges.

All the watches will also tell the correct time in digital and analogue format, and each day one person will win their own T-Touch by answering a question prompted on the screen, chosen at random.

Home computer users who have a webcam can also virtually ‘try-on’ the watches from the T-Touch range, by downloading the wristband from the Tissot website.