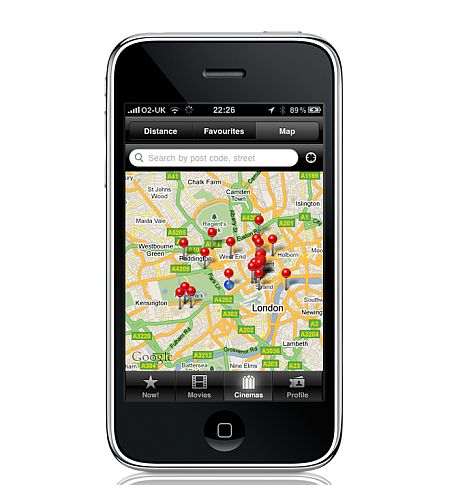 Developer AppSpark has launched two new film-based apps – Movies Now HD for iPad and Movies Now 2 for the iPhone and iPod Touch. According to the company, both apps have been developed to simplify the movie-going experience.

iPhone users can activate the ‘Now’ feature to see what movies are playing in cinemas near them, calculating which cinema is the easiest to reach by foot or car.

The Now feature even considers the preview time in its calculation – great if you want to skip the trailers and arrive just in time for the starting credits.

And users can browse movies and read descriptions, watch trailers, view the cast and see star ratings from Hollywood.com by simply tapping a movie poster.

Movies Now HD for iPad is currently available for an early bird price at £1.19 and comes with Movies Now 2 for iPhone at no additional cost.

Movies Now 2 for iPhone is also available separately from the App Store for £0.59.

To celebrate the launch of both apps, Appspark is also offering movie fans the chance to win an iPad. Entrants must visit the Giveaway section of the company’s website, follow moviesnow on Twitter, and find text that needs to be tweeted. As soon as the text has been entered on Twitter, they will automatically be entered into the competition.

Winners will be announced on Friday 9 July 2010.