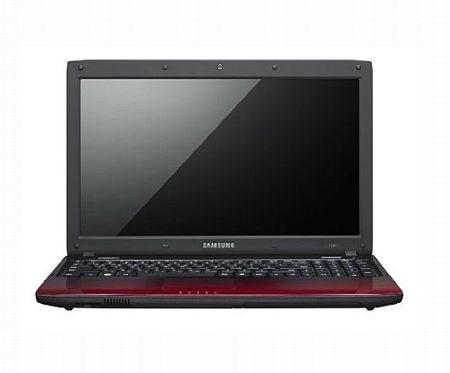 Jack of all trades, master of none – that’s how the saying goes. But Samsung seems to have created a machine that defies that phrase. Packed into its R580 HD notebook is a Core i3-330M (2.13GHz) Intel processor, 4GB memory, 320GB hard drive and a DVDRW drive, for the (not insubstantial) cost of around £592 online.

Samsung has also squeezed in an Nvidia GeForce 310M graphics system to make sure that video and gaming are trades that it also masters. Naturally, that hardware makes it a seriously quick machine. So while cheaper models might look like they offer a similar spec, it might be worth investing a little more to get this kind of performance.

However, this is not your slim ‘n’ easy travelling netbook – with a  2.6Kg to match its epic proportions. But what this monster machine does offer is a luscious 15.6-inch screen to make the most of everything from HD video to crisp text in word processing documents. In fact, there’s around a £100 surcharge to upgrade to the Blu-ray version (with 500GB hard drive), but with a screen this good you’ll want to make the most of it. It is a slightly selfish viewing experience, though – with the reflections you’ll get if you’re looking at it on an angle, you’ll want to be sat squarely in front of it.

As for daily use, a well proportioned keyboard means you won’t mind typing on it if you decide this is going to be a full-time replacement for a desktop PC. Four LED lights cleverly highlight the mouse area when you touch it, meaning that the rest of the time it blends into the pattern. Our only slight concern is that it took a while to get used to the left and right-click mouse buttons which appear in a single bar, but a USB or wireless mouse would sort that out. And you may want to give the Samsung R580 its own space in the house though, as we typed this review on the sofa and you can feel that 2.6Kg on your knees after a while. 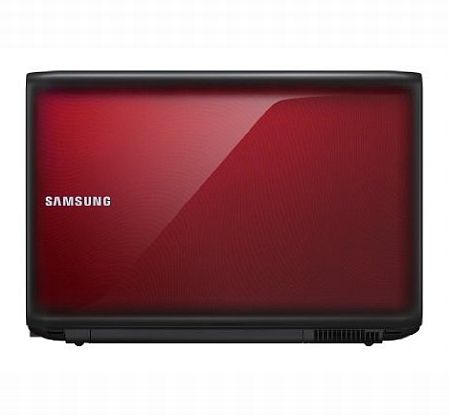 And making space for it isn’t really a problem. You certainly won’t be ashamed to have it sitting on a table in your living room, as the dark red model we used was well styled with a slim base and screen, attractive wavy-line pattern and georgous colour. Close the lid and it’s got a shine that’ll need dusting occasionally but won’t make it look like an ungly lump you feel the need to hide.

Should you decide to pop it in a bag and take it with you, you’ll be getting around four to four-and-a-half hours of battery life based on our standard usage. Certainly enough to handle some business before you reach another charge point or while away a decent proportion of that long-haul flight. We’d suggest packing that duster as well, mind – to get rid of the smear of your fingerprints and keep it looking as pretty as it can.

Overall, this might be an expensive machine when you stack it up next to some of its competitors, but crucially you won’t regret paying out the extra sheckles. It’s perhaps not the ideal instrument to show off video or powerpoint to an audience in a well-lit room, but as a personal computer it hits every target you’ll set it.