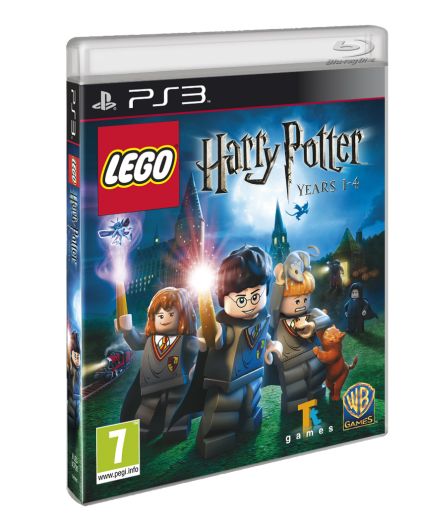 There’s also a good deal of humour along the way, as seen in previous LEGO games. The story is told using the actions of non-speaking characters (cleverly saving on what would otherwise be costly voiceovers as a bi-product) and this format allows for plenty of sight gags. For example, the early troll fight in the girls’ bathroom shows why the creature was in there in the first place…

Having ploughed through the books and the films there’s a certain joy to be had watching the stories played out in reduced form – what we imagine a Potter-based production by the Reduced Shakespeare Company might look like. However, due to its shortened nature, this probably isn’t the best place to start if you’re brand new to the franchise.

The play follows a similar trend from previous LEGO games, with characters banding together to pick their way through levels. You can only take control of one character at a time, before swapping to another – for example, to line two people up to pull chains at the same time and open a door. As an addition in LEGO Harry Potter, you can also take control of Ron’s pet rat Scabbers, using his tiny form to access small spaces and solve puzzles. And those puzzles are the main focus in a game that uses combat much more sparingly than, say, the LEGO version of Indiana Jones.

The addition of Ron’s rat is just one the special character-based skills that will help you through the game, as Harry rides a broom really well and acquires the invisibility cloak, Hagrid uses his strength, Hermione excels at casting spells, etc. 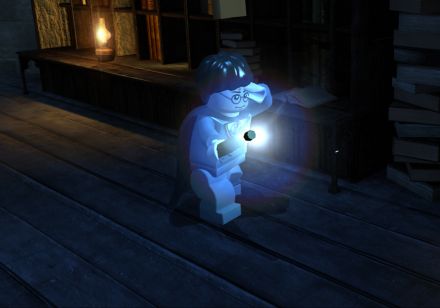 This being a LEGO-based game, you’ll naturally progress through certain levels or solve some puzzles by building the things that you need. The Wingardium Leviosa spell is therefore the first that you learn, to manipulate those pieces. However, pretty soon you’ll have enough magic tricks that you’ll have to select from a circular on-screen menu to choose what to cast.

As ever, there’s repeat gaming value thanks to the freeplay element of the levels once you’ve completed them for the first time. In fact, certain bonuses can only be unlocked or accessed once you’ve learned a new spell so it’s wise to wander back through once you have improved. There are also bonus levels that can be opened in Gringotts bank, once you’ve collected enough gold bricks.

All the while you’re adventuring, a version of that magical John Williams soundtrack plays out subtly in the background. Well, it’s better than having a Tetris or Mario tune stuck in your head!

Overall, a great use of a film franchise mixed with fun gameplay and some flourishes of near-silent comedy make the LEGO Harry Potter world a magical place to visit.