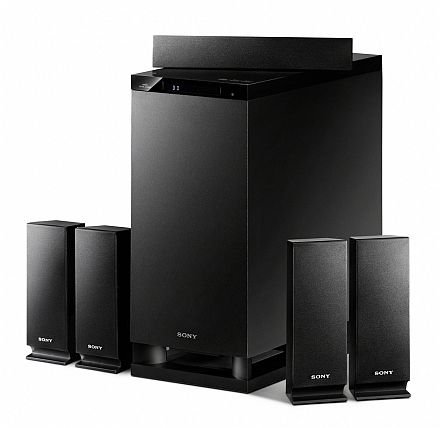 Sony reckons its new surround sound system, which is made up of a subwoofer unit and four compact speakers, “makes 3D simple”. The ultra-compact system has 3D HDMI pass-through and high-power S-Master amplification and is “designed to give room-filling audio – without filling the room with audio equipment.”

The system also features 1000W of S-Master digital amplification hidden away in its compact subwoofers, which acts as the control centre for the system.

And it boasts Digital Cinema Sound processing, developed in conjunction with Sony Pictures Entertainment, which works with the Auto Calibration to give “the most accurate, most involving home cinema experience yet.”

The system is available now for around £400.