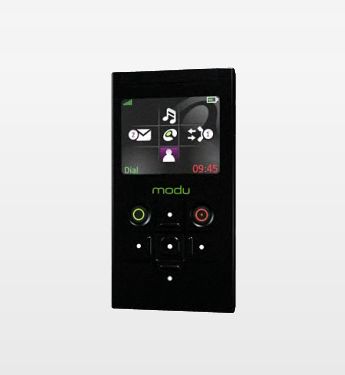 “Modularity and freedom drives new forms of connections among people.” So says mobile phone company Modu, and it aims to use that notion to change the way you view your mobile. The idea is that a tiny mobile phone can be wrapped in different ‘jackets’ which add extra functionality to its basic options.

So the core device (which currently holds the Guinness World Record for the smallest phone) is a basic triple-band moby that plays music (held on 2GB memory), holds contacts and can text and call your friends.

And the jackets you slide on add the extras, such as a 3.2-megapixel camera, or a fuller keyboard, or you can even slot the phone into a photo frame to display images or video.

It’s not a new idea – Modu was launched back in 2007 in Isreal by Dov Moran, having just sold his existing business to SanDisk. This reporter first spoke to Moran back in 2008 and attended the UK launch earlier this week, so it’s taken quite a while to hit the British market.

“We expect [jackets] from a variety of manufacturers from different areas – GPS, camera, picture frame, Dect phone – around the end of 2008 or the start of 2009,” Moran said back in February 2008.

Which means a dedicated GPS jacket or home phone base unit might still be on the way. The company spokeswoman did say Modu was in “high profile talks with high level tech firms”.

What is definitely on the way is a new version of the Modu phone, called the Modu T. The second-gen phone will add a touchscreen when it’s launched in the fourth quarter of 2010 (already scooping the company another Guinness World Record for the smallest touchscreen phone in the world). However, existing Modu jackets won’t work with the Modu T as it has a different form factor. 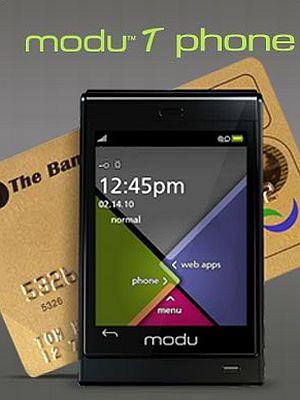 For now, you can buy the original Modu handset in the UK exclusively from the Purely Gadgets website. It retails for £129.99 sim free and won’t be sold anywhere else for a year.

Purely Gadgets will also offer a £30 discount bundle in the first month, effectively giving away one free jacket to early adopters.

What you can add to the first-gen modu phone:
* Mini jacket – comes in three colours and includes a keyboard
* Night jacket – adds a 3.2-megapixel camera and has light up keys
* Sport jacket – includes an armband and headset if, for example, you wanted to go running
* Shiny jacket – has a modern look
* Express jacket – adds a keypad
* Speedy jacket – sporty design and keypad
* Photo Frame – includes a charger and displays videos and images (incidentally, the core Modu device can’t display videos on its tiny screen, but you can upload vids to it using a USB cable to show off in the photo frame).