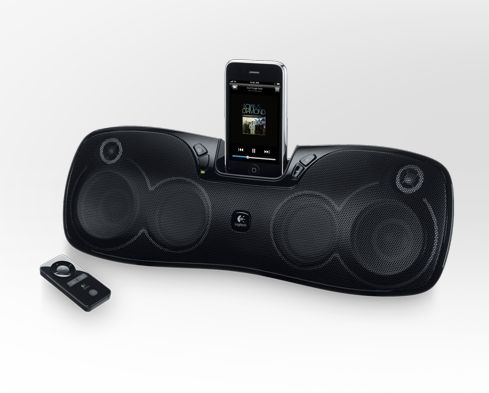 Logitech has launched a new iPod dock and for the first time the company has included eight custom-tuned drivers – double Logitech’s previous iPod docks. The company said the improvement allows the S715i iPod dock to “hit those crisp high notes and give you deep base” and described the unit as “a bold sound you can carry around”.

The dock’s NiMH rechargeable battery lets you listen to music for up to eight hours without plugging in (although actual battery life will vary with use, settings and environmental conditions).

There’s also a wireless remote control to give you command over functions like power, volume, play, pause, shuffle, skip and repeat from up to 30 feet (10 meters) away, without moving to spoil that tan.

The Logitech Rechargeable Speaker S715i should be available in the UK this month for a suggested retail price of £149 including VAT. It comes with a travel case with space for the power adapter and remote.