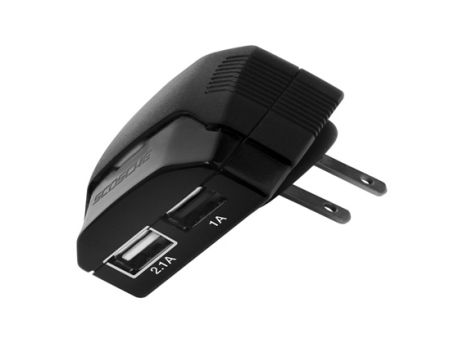 Scosche is offering to perform double duty with its first ever iPad accessory – a charger that also has a second function. The reVIVE II Dual USB Charger features two USB ports to power an iPad and another USB powered device simultaneously in the car or at home.

“The ability to charge two devices at once differentiates the reVIVE II adapters from other iPad chargers currently on the market,” a spokesman for Scosche said.

Both reVIVE II models – one for the car, one for home – feature a 2.1 Amp port (iPad) and 1 Amp port (iPhone or any other USB device), so two devices can be  simultaneously charged.