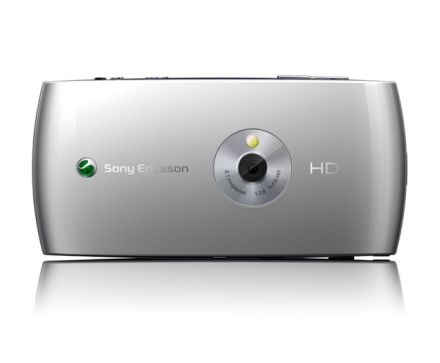 With a curved skin facing your photographic subjects the Sony Ericsson Vivaz is wearing the clothes of a camera – and that’s quite appropriate, as it’s a fab little snapper.

The 8.1-megapixel camera does your subjects proud and the HD logo isn’t just there for show, as the Vivaz can also capture video at 720p. Both those functions can be instantly fired up using buttons placed where you’d expect to find them if you were holding this like a camera – so there’s less chance you’ll miss a classic/embarrassing shot while fiddling with menus. And Sony Ericsson doesn’t want your content to remain forgotten on your handset, so has included the now familiar easy option to upload your vids to YouTube.

It won’t feel like you’re lugging a camera around, though. At 107m x 52m x 12.5mm the Vivaz isn’t going to create a bulge in even the tightest pair of 80’s throwback drainpipes. And when it does leave your pocket, you won’t be embarrassed by the clean and simple design. It’s might not set hearts racing, but no-one’s going to scoff.

One area it does need a little help in the photographic stakes is memory. The internal phone allocation only stretches to 75MB so you will be making good use of that memory card slot, which thankfully takes a microSD (not Sony Ericsson’s proprietary cards) up to 32GB. That standardisation also lives on in some of the phone’s other aspects, as data and charging is handled through a microUSB port and users can make use of their bestest earbuds thanks to a 3.5mm headphone jack.

Given that it’s a fraction of the size of some modern phones, the 360 x 640-pixel screen is very watchable. Sure, it’s not going to replace your 50-inch HD TV, but colours were bright and even darker scenes didn’t disappear completely as can happen on some handsets.

Those who feel the need to accessorise are also happily catered for, as it’s available in Cosmic Black, Moon Silver, Galaxy Blue or (for some reason no sexy space name) Pink.

Overall, this is one for those who like to capture a fun night out without the hassle of a bag full of accessories. As a phone, it’s fine if not the most exciting, but you certainly won’t get any stick from the fashionistas when you wield it in public.