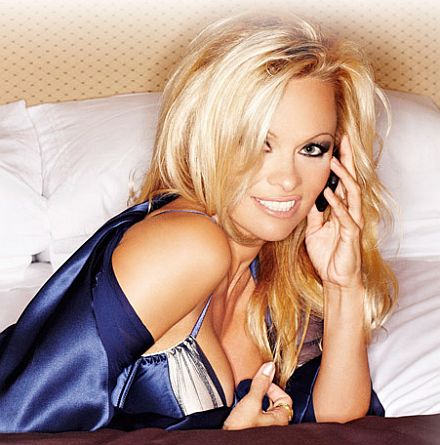 Critics may occasionally accuse Pamela Anderson of phoning in her performance, but for once she won’t mind that remark. That’s because the former Baywatch actress is going to star with Ed Westwick in a short feature shot on the Nokia N8 phone.

Titled The Commuter, the film will be shot entirely on the new device and Nokia is also looking for people to star in scenes alongside the bouncy babe and the Gossip Girl heartthrob.

The two amazing main roles up for grabs will see the winners either in a bedroom with Pamela Anderson or up close and personal in an elevator with Ed Westwick.

To be in with a chance of cosying up to the co-stars in The Commuter, wannabe actors need to visit either the Star With Pam or Star With Ed websites.

The short feature is being directed by one of the UK’s hottest upcoming directorial pairings, the McHenry Brothers, who have just finished work on their first feature length film, Jack Boots On Whitehall, featuring Ewan McGregor, Rosamund Pike, Richard E Grant and Timothy Spall.

John Nichols, head of marketing at Nokia UK, said the company wanted to create something very special for the launch of the Nokia N8 that “showcases the Hollywood quality of its camera.”

“This is all about accessible, fun technology for people to use and enjoy; and that anybody can be a star,” he added.