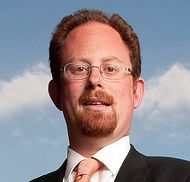 A group of MPs is preparing to fight the Digital Economy Act, which they feel was pushed too hastily through parliament. Independent broadband comparison website Broadbandgenie.co.uk said it had spoken “at length” to Julian Huppert, Liberal Democrat MP for Cambridge, who confirmed that he and some of his colleagues plan to oppose the Act.

Huppert said the Act was rushed through the last parliament in ‘the wash’ and MPs would rigorously oppose certain parts of it, including those surrounding consumer’s rights when accused of illegal file sharing.

Huppert described controversial sections in the Act, particularly around broadband blocking and disconnections, as “deeply worrying”. He also said there were serious implications for public Wi-Fi use.

“There’s this assumption that if you have someone’s IP address, you know who it is that’s responsible, which is simply wrong; it falls apart in so many ways,” Huppert said.

The MP has already tabled an early day motion, ‘Effects of Digital Economy Act 2010 on Use of the Internet’.

According to new MP Huppert, the vote on the Act was taken in “very odd” circumstances: it was the dying days of Parliament and many MPs were not about to stay in London in the middle of an election to vote on something they didn’t really know anything about.

He continued: “I would’ve been there, because I care about it, but there simply wasn’t time to educate all of them.

“But we’re better organised now. A number of us are working on things we can do with the Digital Economy Act. It has to go back to Parliament for approval, and in this case there has to be a vote, which is quite rare. It hasn’t been scheduled yet, but there will be an opportunity for those of us who have a case to make a case against sections of the Act to do so.”

You can read the full interview on the Broadbandgenie website.