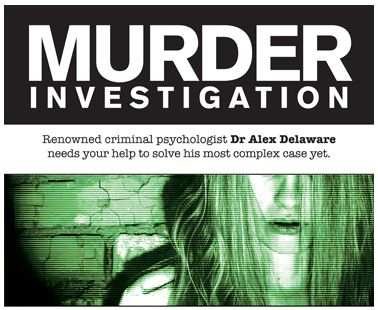 Jonathan Kellerman’s latest book Deception will be “brought to life online” thanks to Facebook, Twitter and the author’s own website, calling fans to help solve the murder. This is the first time that fans will be able to interact directly with the book’s leading man – Dr Alex Delaware, the protagonist of 23 novels – with the next book on sale 30 September.

“Deception is a bold leap into uncharted territory,” says an official announcement. “This campaign takes interactivity to a whole new level: readers actually get to become part of the crime-solving team as Delaware searches for insights into the murderer (or murderers) he is chasing.”

Delaware is a forensic psychologist who often works with the LAPD to solve the most complex and heinous of crimes in the series of best-selling psychological crime thrillers.

In Deception, Delaware and Detective Milo Sturgis enter the world of private education to seek the killer of Elise Freeman, a teacher who may not be all she seems.

To complement the paperback launch of the latest murder mystery, published by Headline, the fictional psychologist will give fans access to information about his current case, including exclusive evidence from the crime scene.

One of the key pieces of evidence which Delaware will ask readers to help analyse is a film which Delaware and Sturgis find in the dead woman’s bungalow.