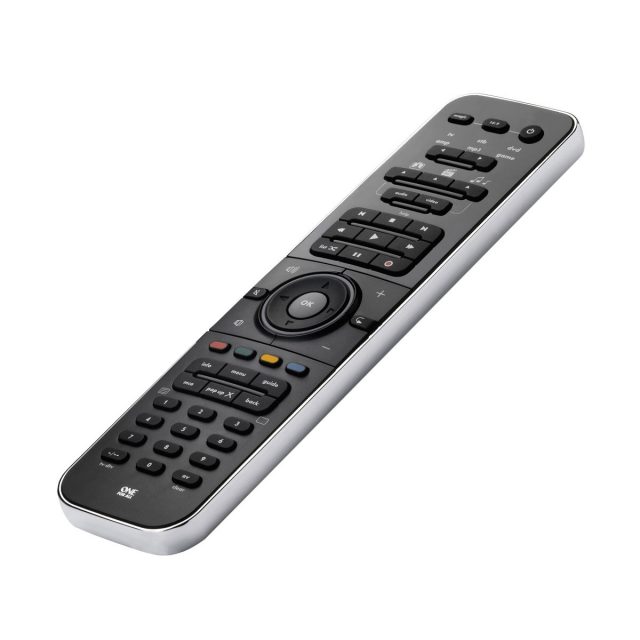 If you are like us (gadget freaks) and have more remote controls than you know what to do with, then the OneForAll SmartControl (URC 7960) might just be the right gadget at the right time.

What the SmartControl leads on is its system called SimpleSet. This takes the task of programming your remote to its simplest conclusion. Instead of mapping individual buttons or connecting it to a PC, you should be able to program it with three button presses.

The manual cover almost every language of repute so finding the ones in English can be daunting. However, getting the thing to work isn’t so.

Pressing the Magic button, you then choose from the various device options (TV, STB, DVD, Amp, MP3 and Game) and then select the corresponding device manufacturer. This then cycles through a number of IR command sets and when your device powers off you release your finger from the button and you are done.

Afterwards, it’s a matter of checking out that the device is properly responding to the buttons and you are good to go.

We tested this out on a Sky box, a Samsung LCD and Blu-ray player and managed to have everything working in about three minutes flat.

All the buttons are there for the most popular controls, such as the channel and volume buttons. there are also mute, standby and a four-way controller with OK button. There are DVD controls and coloured text buttons.

There are also controls for digital/analogue switching, aspect control and AV source.

Should there be a device for which SimpleSet doesn’t work, the remote can be programmed with code numbers for the device’s manufacturer as well as the traditional learning option.

Across the top is where you will find the device selector and three programmable shortcut buttons (TV, Movies and Music). These can control up to three devices at the same time. Macros can also be recorded that carry out a sequence of actions.

The remote itself is well-designed with a rubberised backing and a chrome band around the edge. While the buttons are small they are easy enough to use while the main channel an volume buttons can be used without looking at them.

At around £24.99, the remote is at the cheaper end of some the universal remotes we have tested, but that doesn’t make it any less of a device for it.