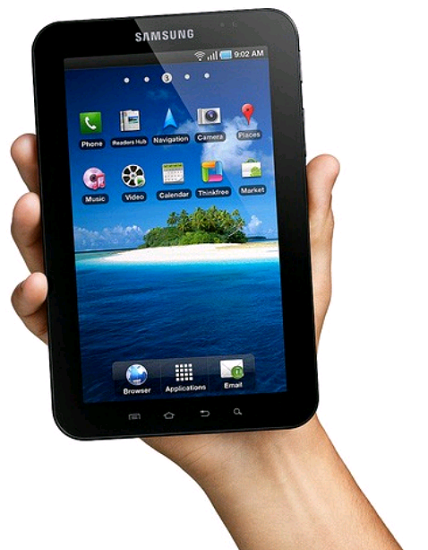 When you are buying the milk at Tesco’s next time, you may want to pre-order the new iPad rival, the Samsung Galaxy Tab. The device goes on sale soon for £529, matching the price set out by the Carphone Warehouse for a SIM-free version.

The unit is available from November 1 and is only offered from the supermarket giant as a SIM-free device. There have been no details of possible subsized contract deals.

The Tab will run Android 2.2 and comes with a 7-inch screen plus front and rear-facing cameras that can make video calls. It also boast SD-card and Flash support as well as a raft of accessories similar to those that can be bought for the Apple iPad.

In other Samsung news, the phone manufacturer has once again delayed rolling out its Froyo (Android 2.2) update for its popular Galaxy S smartphone. The announcement was made via the company’s Twitter account.