The Back To The Future Trilogy is released on Blu-ray today and to celebrate Universal Pictures gave us the chance to get our hands on an exciting bit of kit. Even Doc Brown was on hand to explain the features of one of the most recognisable bits of film technology: the time-travelling DeLorean.

OK, so this wasn’t a full test, as the flux-capacitor was offline. Shame, as we’d have liked to travel back to a time before 17 February 2003 so we could avoid the congestion charge. Not that we’d have been able to hit the necessary 88mph, even on today’s less-congested London streets. 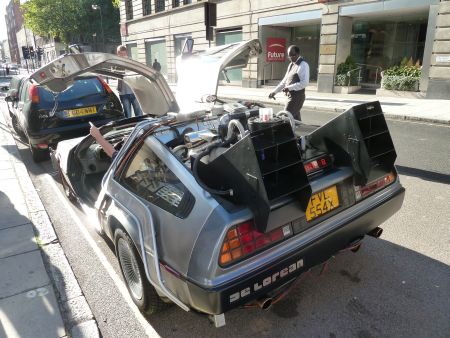 As you can see, the detail on this fully tricked-out DeLorean is impressive inside and out. Parked in a street in Marylebone, it certainly turned heads and had everyone from passers-by to bus drivers to office workers piling out to take a look and a snap a pic on their mobile phones. 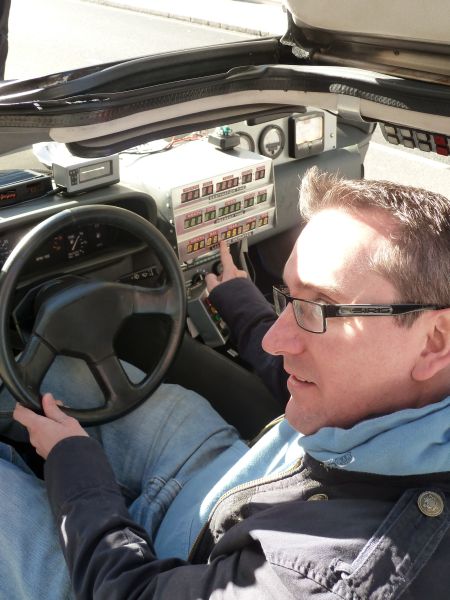 It loses a mark for not actually being able to time travel, but other than that it’s one awesome piece of technology. 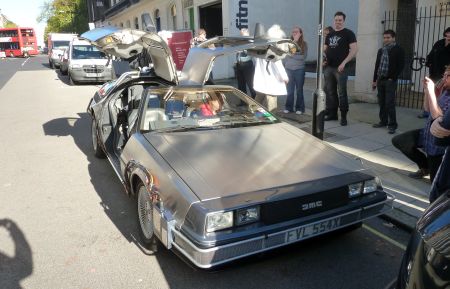 The Back To The Future Trilogy is available today on Blu-ray and in a Blu-ray Limited Edition Collector’s Tin.