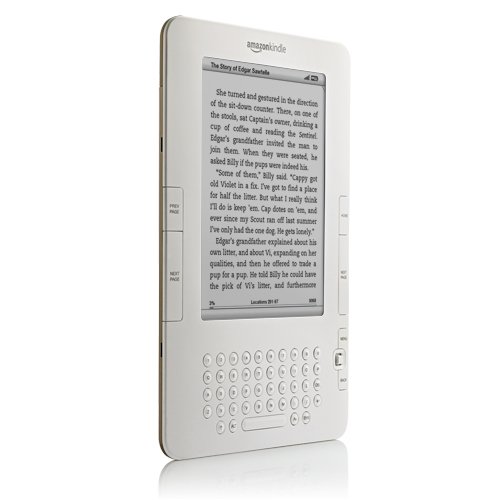 The South China Morning Post has reported how the gadget, which isn’t officially available in mainland China, is popular because of its ability to leap the so-called Great Firewall that blocks many of the world’s most popular social networking sites.

Despite supposedly being unavailable to Chinese buyers, the Kindle can be found on auction site Taobao for between 1200-3500 yuan (£112-£327).

Chinese bloggers told the Morning Post how surprised they were to be able to get onto banned sites with no problems.

“I still can’t believe it. I casually tried getting to Twitter and what a surprise, I got there. And then I quickly tried Facebook, and it perfectly presented itself. Am I dreaming? No, I pinched myself and it hurt,” one blogger said.

The Kindle is mainly designed for e-book use but also allows web browsing. Professor Lawrence Yeung Kwan of the University of Hong Kong’s Electrical and Electronic Engineering department talked to BBC News about the situation: he thinks Amazon probably has a 3G partner in China. ”The Kindle software routes traffic directly to Amazon’s servers,” he said.

However, it would be easy for the government to disable.

“If this doesn’t have encryption the authorities just need to turn on the firewall to stop it but if there is encryption the government would have to talk to the carriers and order them to stop forwarding traffic without access to the encryption keys,” Professor Yeung Kwan added. He also thinks that the device’s use for internet browsing isn’t likely to be very widespread.

“The Chinese government could easily block it and maybe the reason they haven’t is because the device currently isn’t available in China officially and there are no Chinese language books so people aren’t that interested,” he said.

Chinese surfers are increasingly finding ways to dodge the firewall, although no others are automatic like the Kindle. Some use free peer-to-peer software like Tor to get on banned sites, although it’s estimated that these only make up a very small percentage of net users. Nonetheless, the number of people looking for ways to access censored content is rising.

“Ordinary people have found ways to scale the firewall and it is almost impossible to stop,” said Professor Yeung Kwan.

Amazon hasn’t commented on the news.