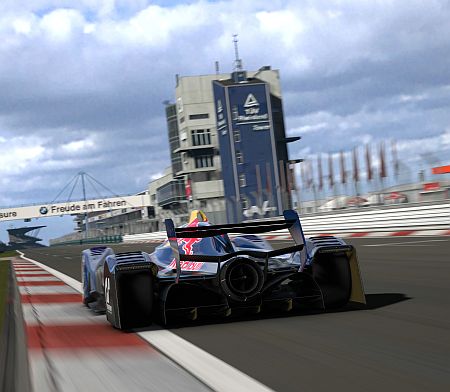 Santa’s sleigh will have just a little bit more speed this Christmas thanks to a confirmation of the release date for Gran Turismo 5. One of the year’s most anticipated games will be “in your hands by Christmas”, according to Sony Computer Entertainment Europe.

PlayStation 3 racing fans have waited a long time to see the GT franchise transported to the new system. Kazunori Yamauchi, president of Polyphony Digital said it was the technological leap onto the PS3 that caused the delay but the difficult decision was not taken lightly.

“I can only apologise to everyone for making you wait so long, and I hope that when you try out the wealth of driving experiences available in Gran Turismo 5, you will not be disappointed,” Yamauchi said.

Here’s the sales pitch:
“In Gran Turismo 5, you can tackle the world’s most famous racetracks, rendered in high definition that is as vivid as the real thing, and get behind the wheels of some of the most legendary cars in motor racing from past to cutting-edge present. Today, the impressive complete list of over 1,000 in-game cars was unveiled, including the Lamborghini  Murciélago LP 670-4 SuperVeloce, the Lexus LFA and the McLaren MP4-12C. The full track list was also revealed, which will see players going head to head on famous legacy circuits such as Autumn Ring, Deep Forest Raceway and the Grand Valley Speedway, plus renowned real-life circuits such as Nurburgring and the Mazda Raceway Laguna Seca.”