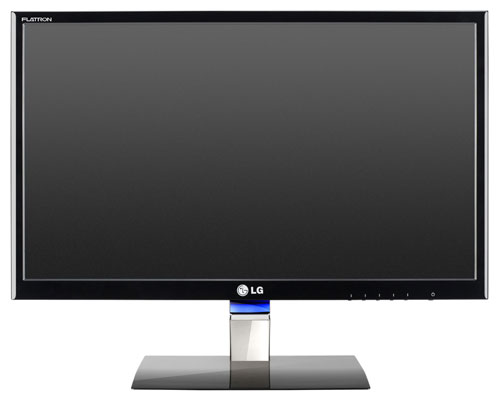 Monitors are getting thinner than a supermodel’s sandwich. And this reviewer is very thankful they are about the same weight.

At 12.9mm at its widest point it is LG‘s thinnest monitor yet and has a futuristic, elegant design with minimalistic lines.

This monitor is easy enough to install.  Plug in the power lead and the video cable and that’s it.  The ports are very accessible and located centrally . It comes with a standard VGA connection cable.

The picture is especially crisp, and as the monitor is sizable, you can see much more of what you are doing without panning around. Web pages were bright and extremely visible, perhaps a little too bright.

When the monitor was running it almost felt like the computer was running faster when compared to running a couple of monitors instead.