Advances in computer technology mean that the innovative characters crafted for the original Toy Story movie were useless when it came to creating Toy Story 3, according to director Lee Unkrich. Pixar instead found itself with the mammoth task of re-modelling all the characters over again as technological advances had rendered many of the files redundant.

“It’s like any technology that’s 10 years old, you go to open a file on a computer and it doesn’t work any more!” director Lee Unkrich says in Issue 148 of DVD & Blu-ray Review magazine, which is on sale now.

“To be honest, it was probably better that way,” admitted Darla K Anderson. “Technology has moved on so much that it made more sense to start again.”

That left the animators with the challenge of using today’s fancy new tech, while ensuring the original /Toy Story/ characters still moved and behaved in exactly the same way as they had done in the previous two films.

Animator Bobby Podesta said, during the process, he felt “like an archaeologist” in having to go back and coach himself and the young animators in how to replicate the simplicity of the original models.

“When you look at the first Toy Story now, it’s relatively crude,” Unkrich says. “After all, it was the first CG film, and we’ve since made a lot of advances in terms of using depth of field and more sophisticated lighting to help our stories. For /Toy Story 3/, I didn’t want the film to feel like it was a completely different design.”

Toy Story 3 is released on DVD and Blu-ray on 22 November, with a compilation of all three films available the same day. 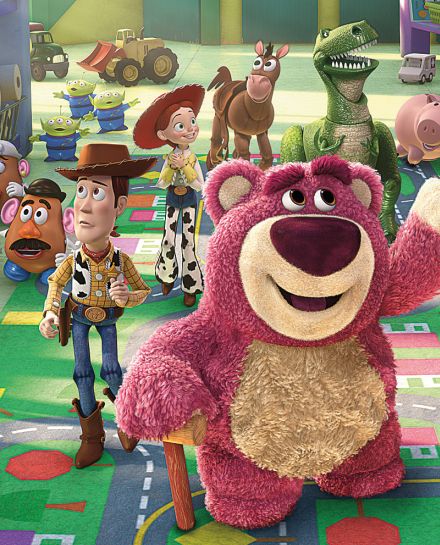