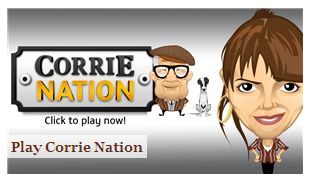 Today was supposed to mark the official launch of the Coronation Street social gameon Facebook but it has now been postponed until the New Year. Corrie Nation will allow fans to play in a virtual Weatherfield and is currently in beta testing – the final stage before it goes live.

“We’ve had a fantastic response and organic growth beyond our expectations,” an ITV spokeswoman said of the beta tests. “As the user base has grown even faster than we predicted we have taken the decision to remain in testing until the end of the year; this will allow us to continue learning how the game is being used by fans so we can evolve the game to ensure all new users have the best experience possible.”

Characters you might find in the game include Ken Barlow, Jack Duckworth, Norris Cole, Hayley Cropper and Tyrone Dobbs.

Today’s launch was supposed to unveil a host of new features within the game. “We’ll be lifting the lid on some fabulous new functions, giving you an exclusive glance at the terrible tragedy set to cause chaos in the game, dishing out special spoilers and tricks of the trade to get you well on your way to the next level,” a spokeswoman had previously said.

Corrie already has a Facebook game that plays like classic arcade titles, with challenges such as matching faces from the Street to the houses they’ve lived in and hitting a target to interrupt Steve’s wedding.