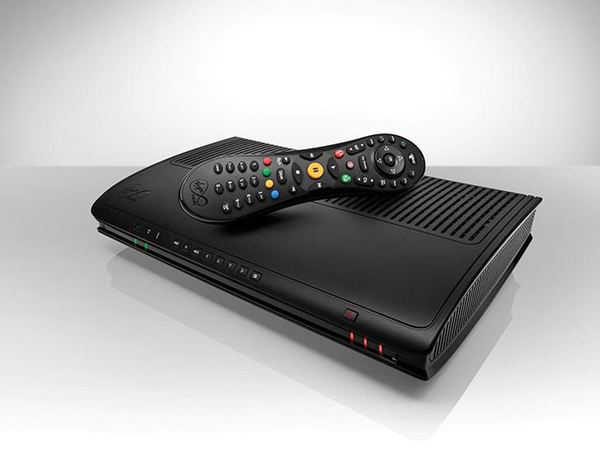 Cable company Virgin Media has finally lifted the lid on its new Tivo-powered set-top box it hopes will provide a proper competitor to the Sky+ HD PVR.

The device, which it claims has a “game changing” user interface, is set to launch mid-December, rather than the early 2011 time slot promised on Virgin Media’s website.

The box comes with its own built-in 10Mb cable modem with dedicated bandwidth so whatever is being watching on the television won’t use up household’s broadband bandwidth. It also sports a 1TB drive for storing content.

The device boasts an intelligent recommendation system, which learns from programmes you watch and then highlights other shows you might like. The TiVo remote control – which is instantly recognisable to anyone that’s used a Tivo before – also has the old favourite thumbs up and down buttons to rate shows you watch.

The search function can be used to find music and video content as well as details about actors and production staff.

It also comes with the almost obligatory apps, so you can keep up with your social networks, such as Facebook and Twitter as well as featuring iPlayer, YouTube and eBay.

Cindy Rose, Executive Director of Digital Entertainment at Virgin Media, said: “This is a landmark moment in the UK’s digital revolution and vividly illustrates why Virgin Media is the only company who can provide the ultimate digital lifestyle.”

“For the first time, viewers will have a truly personalised viewing experience so they can get the most out of the wonderful worlds of the internet and TV all in one place. We’re really excited to bring our customers what is just the first of successive generations of transformational services based on this unique TiVo-powered platform.”