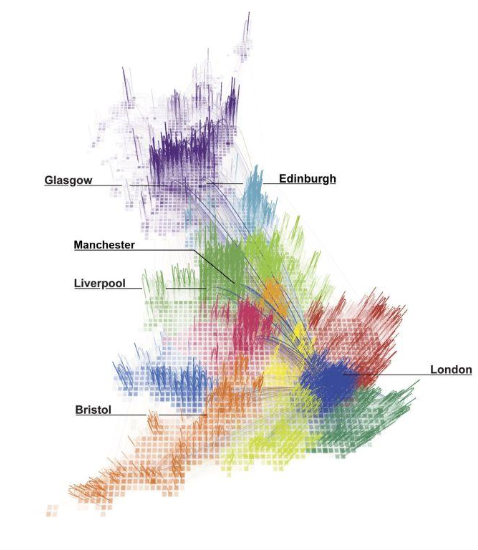 Scotland could easily go its own way without affecting the rest of the UK, according to a new map of the nation’s telephone calls.

Scientists from MIT, Cornell University and University College London have created a map based on a huge database of 12 billion anonymised fixed line call records. The map shows how much people of the UK interact with each other.

The most striking aspect of the findings is that Scotland is very separate from the UK in terms, with only less than a quarter of calls going outside its national boundary.

“The difference between Scotland and Wales is striking. Based on our landline data, Scotland is very separated from the rest of Great Britain: just 23.3 per cent of all call time placed or received there goes to or comes from another part of the country,” said Carlo Ratti, director of the MIT SENSEable City Lab and one of the paper’s authors.

“Conversely, Wales, in spite of its unique cultural and linguistic heritage, is well integrated with its English neighbors to the East,” he added.

Ratti believed that further study of the data could potentially alter political boundaries.