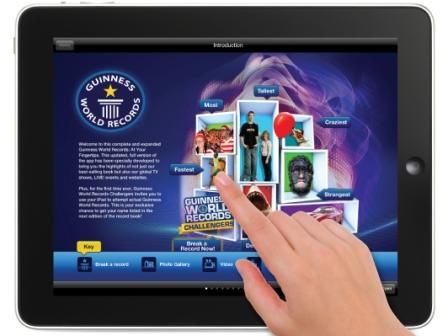 There are three new challenges on the Guinness World Records: At Your Fingertips app, which are only accessible and breakable via the iPad app. In each case someone will be named the world record holder in each challenge and have their name included in the new world records book.

The three record challenges are:
* Fastest 100m on an iPad – take on the world’s fastest man as your fingers go tip-to-toe with Usain ‘Lighting’ Bolt and attempt to break his 9.58-second record
* Fastest alphabet backwards – speed typing the alphabet forwards is one thing, but typing backwards will need a quick mind and even quicker fingers!
* Longest sequence memorised – a memory endurance test where the noises are inspired by real human sounds.

Leader boards will be hosted on the Guinness World Records website and the company will announce the world’s best score for each challenge on 1 May 2011.

Guinness World Records: At Your Fingertips is available from Thursday 16th December for £2.99 at the iTunes Store. 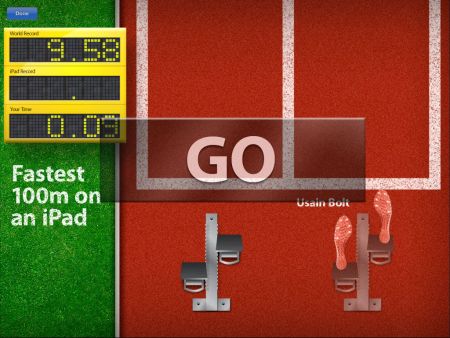