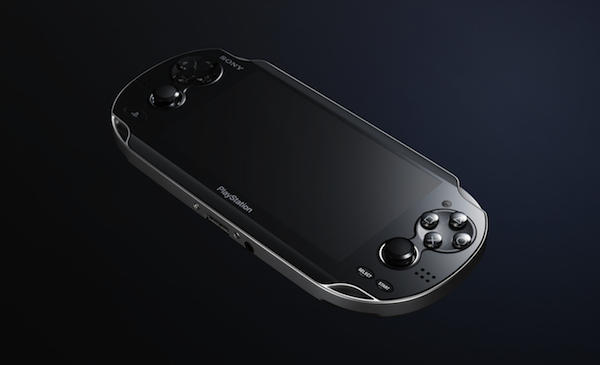 It seems to have taken years, but after all the rumours Sony has finally unveiled its new handheld console –  the NGP, or “Next Generation Portable”. Catchy.

Hardware-wise, the NGP (which is a codename, the final product name will be announced at a later date) matches up to many of the rumours about it. It offers a high-res, touch-sensitive OLED screen that’s larger than the original PSP screen, tilt-sensitive Sixaxis controls, dual analogue sticks, front and back-facing cameras, and a touch sensitive back panel.

Sony has claimed the new machine is as powerful as a PS3. It has built in Wi-Fi and uses a brand new form of media storage for its games – so long, UMD.

To quote a Sony spokesbot, “NGP adopts a new game medium, a small flash memory based card, dedicated for NGP software titles. Taking advantage of the flash memory feature, this innovative card can store the full software titles plus add-on game content or the game save data directly on to the card. By adopting flash memory based card, SCE will be able to provide game cards with higher capacity in the future, allowing developers to store more game data to deliver rich and immersive games.”

Yep. It also appears there’ll be more than one version available, with a fancier model adding in 3G to the Wi-Fi. For now, here’s the stats:

The NGP should be out in Japan for Christmas. As for the rest of the world, we’ll just have to wait and see.