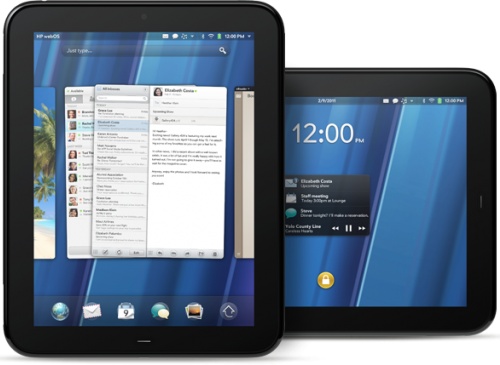 Hewlett Packard finally lifted the kimono on its new line-up of webOS devices, following last year’s Palm acquisition. The tech giant is to launch an iPad-killing TouchPad as well as HP Pre 3 and the tiny HP Veer.

At a special launch event, HP was determined to cover all the bases with a raft of devices to suit business, consumer and the tablet market.

The HP TouchPad, which pits itself against both Apple and Google’s Android-based devices boasts a 1.2 GHz dual-core Snapdragon processor, a 9.7-inch touchscreen, a front mounted camera (which should make it fair well against the rumoured iPad 2) and Flash output capabilities (which the iPad will never have).

The HP Pre 3 follows on from the Palm Pre and its successors and comes with a unique connectivity option. It sports a Snapdragon 1.4 GHz processor, a 3.58 inch touchscreen and a slide-out Qwerty keyboard, making it a good alternative to the BlackBerry or  the iPhone as a business device.

Finally, the HP Veer is firmly aimed at the consumer market. Its length is smaller than most smartphones at 3.25-inches and is just 15.1mm thick.

Despite its small size, the HP Veer manages to squeeze in a 2.57-inch screen, a slide out Qwerty keyboard and an 800MHz processor.

All three devices run on Palm’s webOS operating system, which comes with multitasking and connectivity to the cloud.

The TouchPad and the Pre 3 will also interact, using Touchstone technology to share information just by touching the two devices together.

All three devices will be making an appearence at next week’s Mobile World Congress in Barcelona.