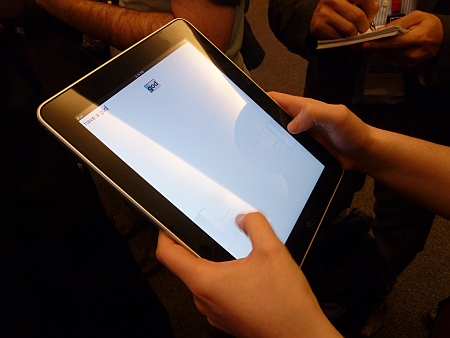 One of the most impressive technologies on show at Mobile World Congress is also one of the simplest. Snapkeys provides an onscreen keyboard that doesn’t fill up half the viewing space – using just six keys to type every single word.

Those half-dozen keys are made up of four character keys, a space key and a backspace key. Apparently, that’s all you need to type every word (check out the thumb-friendly keys in the close up below).

“There’s a very basic concept behind it,” says the spokeswoman. “If you know the alphabet you can figure it out.”

In practice, albeit with the company execs who clearly know it backwards bashing away at the keys, it looks easy to use and very quick to type with.

The software comes in 15 languages and the dictionary contains 100,000 words that can be added to as you type.

Absolute Gadget saw it being demonstrated on an iPad, but the spokeswoman assures us it works on all operating systems.

The product will launch at CTIA 2011 in March. 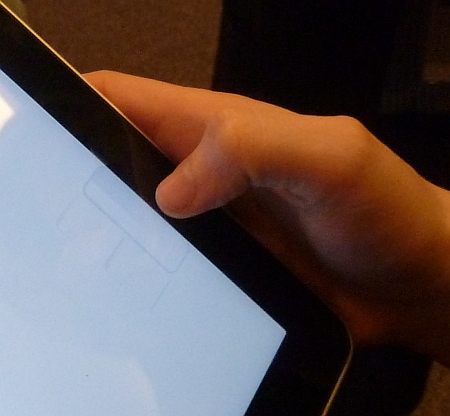