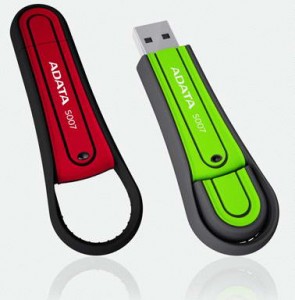 More than 17,000 USB flash disks were left in UK dry cleaners, according to a new survey.

The research discovered that the memory devices were left behind in 2010 in clothes sent to the cleaners, a 400 percent increase from 2009. More than 500 dry cleaners and laundrettes from around the U.K. participated in the research survey.

“The numbers of USB sticks forgotten in trousers and shirt pockets is staggering,” said Sean Glynn, vice president of marketing, Credant Technologies, the company responsible for the survey. “Inevitably, unsuspecting consumers leave the USB sticks behind, creating a potential risk for their employers if these devices have proprietary information on them and end up in the hands of criminals.”

With so many thousands of USBs left in dry cleaners alone, the probability increases that valuable corporate data resides on them, presenting a potential security risk for a consumer’s employer. In the U.K., the Information Commissioner’s Office (ICO) was given the power to issue fines of up to £500,000 in April 2010 for breaches of the Data Protection Act (DPA). Four major fines have been issued since then, with two local authorities falling victim this month—Ealing Council for £80,000 and Hounslow Council for £70,000.

“The public sector is looking to make savings of £81billion over the next four years, and at the very least, this could be one way to make up some of the deficit,” said Glynn.

He continued, “With the best intentions in the world, the reality is devices are often left behind and the information they contain could be devastating if disclosed—over and beyond the ICO fines. Organizations need to plan for this when developing their security strategies.”