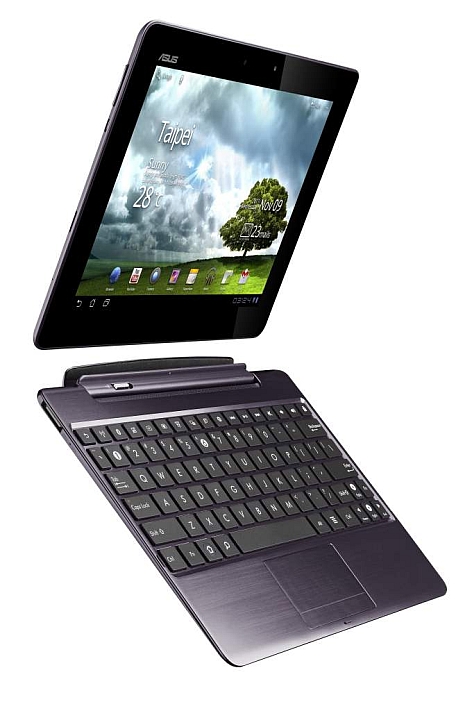 Is this the ‘droid you’re looking for? Well, despite having the same name as a robot that changes shape to disguise itself (now adding the word Prime to be like AG‘s fave shape-shifting bot!), the Asus Eee Pad Transformer Prime is not your new mechanical buddy. It could be your new best friend when it comes to computing, though…

It runs Android Honeycomb 3.2 and according to Asus suits will upgrade to Android 4.0 using a firmware over the air update as soon as that code has been approved.

It’s also the first tablet based on Nvidia’s quad-core Tegra 3 processor and is the thinnest tablet yet at just 8.3mm (beating the iPad by just 0.3mm).

It’s also the brightest display on a tablet so far – providing what should be the best outdoor use experience – as well as improved camera hardware and a lower input lag.

For the fashionistas there are two choices of colour scheme (grey or champagne gold) and a redesigned case that should help prevent the build up of fingerprints.

Like the original Asus Eee Pad Transformer it comes with that wireless keyboard to blur the boundaries between tablet and laptop.

What’s missing? Well you won’t be connecting with embedded 3G, so you’ll still need to be close to a Wi-Fi source for net access.