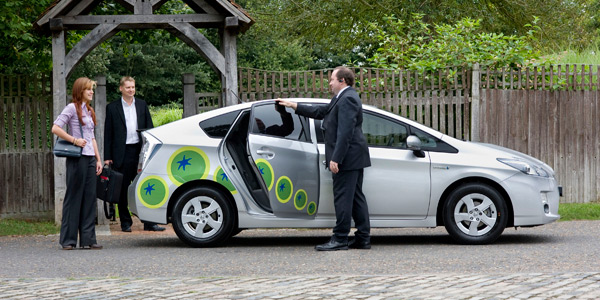 The firm will offer passengers access to the 3G Mobile Broadband service provided by Wireless Logic. It boasts download speeds up to 7.3Mbps and uploads of up to 2Mbps.

Punters can access the free cab Wi-Fi service y connecting to the service and entering the password, “ilovefreewifi”, which now means that people standing next to one of the said cars can now also do the same

It said the service makes the capital the first in Europe to have an whole fleet of Wi-Fi enabled minicabs and would help promote London’s digital.

Jonny Goldstone, founder of Greentomatocars said: “You don’t have to work in the technology industry to see the importance of connectivity. With free in-car Wi-Fi we are able to offer our customers the access they need to stay connected.

“London has long been recognised as a hub for technological innovation. In 2008 it was named the Wi-Fi capital of the world and in 2012 I think it would be fair to say it’s now the free Wi-Fi capital,” he said.

The free Wi-Fi deal follows Virgin Media, which has plans to wirelessly enable 120 Underground stations by the end of the year and around 80 in time for the Olympics.

Goldstone said that its timing for the London 2012 Olympics could not be better.

“Summer 2012 is well and truly upon us so for all of those people who happen to find themselves travelling around London when the action is on, they’ll never miss a moment of sport or a medal ceremony in the back of one of our cars.”

The service starts on Thursday.