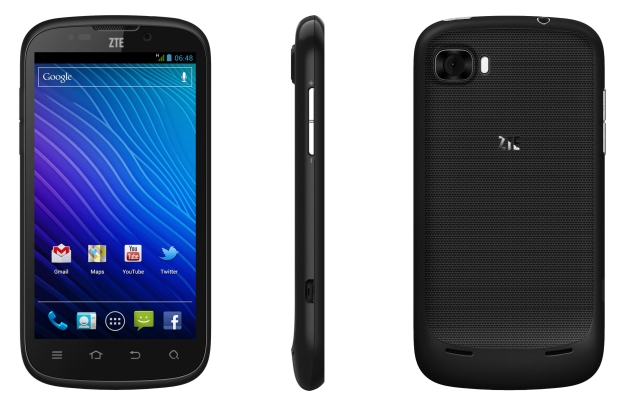 ZTE has launched its latest smartphone on these shores. The Grand X features a dual core processor and a huge 4.3-inch qHD display.The phone will be available from Virgin Media and Phones4U. It also sports an NVIDIA Tegra 2 dual-core chipset running at 1GHz and runs the Ice Cream Sandwich 4.0 Android OS.It measures in at 127x65x9.9mm and weighs 110g.

Grand X features a 5MP rear-facing camera as well as a 0.3MP front-facing unit.  It also has 4GB of internal storage and a micro-SD card slot for further memory upgrades to 32GB.

It also boasts Bluetooth, Wi-Fi, and DLNA to connect to your TV or Blu-ray.

The Grand X handset will be available through stores of Phones 4u and Virgin Media across Britain.

“ZTE Grand X brings high-end mobile video and gaming within the reach of a whole new audience,” said He Shiyou, ZTE’s Executive Vice President and head of the Terminals Division.

“It provides a world of entertainment in a single device – combining high quality and a wide range of functions for a great mobile multimedia experience,” He added.

Jamie Heywood, director of mobile at Virgin Media said, “We’re enjoying a great partnership with ZTE, having already launched two handsets with them this year.”

He described the Grand X as a fantastic addition to the extensive smartphone range in the Virgin stores. IT will retail through the stores on PAYG for £189.99.

Phones 4U chief commercial officer Scott Hooton said: “With ZTE’s Grand X handset, buyers have the best of both worlds: an amazing, high-end user experience at a cost that will be noticeably lower than handsets with similar specifications.”

According to statistics from research firms, ZTE ranked fourth in mobile phone shipments in the world in 2011, with its shipments of smartphone reaching 15 million, surging 400 per cent year on year.

He said ZTE hoped to double the smartphone shipments this year, while expecting to make new breakthroughs in the European market.