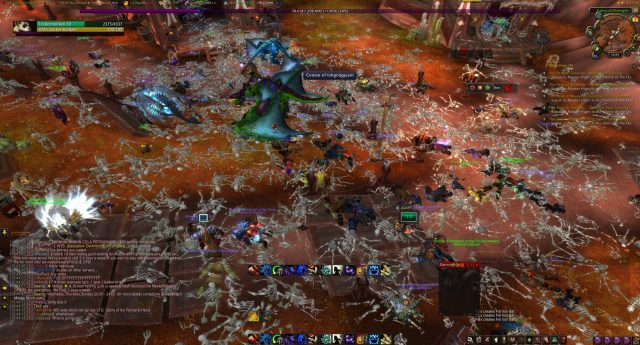 Players of popular MMORPG game World of Warcraft awoke to find that populations of entire cities had been killed off following a hack of the underlying gaming platform.

The attack meant that every character in cities such as Stormwind, Orgrimmar, Tarren Mill, Ragnaros, Draenor, and Twisting Nether killed off, leaving piles of bones to litter the streets and buildings.

According to Blizzard, the game’s developers, hackers managed to exploit a flaw in the game, resulting in the deaths of many player and non-player characters.

In a posting on the company’s forum, it said it was taking the attack “very seriously”:

“Earlier today, certain realms were affected by an in-game exploit, resulting in the deaths of player characters and non-player characters in some of the major cities,” read a statement. “This exploit has already been hotfixed, so it should not be repeatable. It’s safe to continue playing and adventuring in major cities and elsewhere in Azeroth.”

“As with any exploit, we are taking this disruptive action very seriously and conducting a thorough investigation. If you have information relating to this incident, please email [email protected] We apologize for the inconvenience some of you experienced as a result of this and appreciate your understanding.”

The firm did not detail how the hack took place.