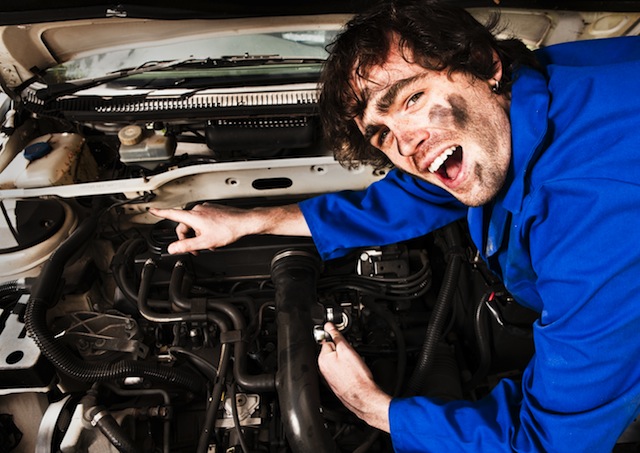 Men are missing the ‘manly’ mark when trying to mend their motors and machinery around the home, according to a survey commissioned by memory manufacturer Crucial.com.

Only a third of women studied (35 per cent) believe that men still have the skills to mend things such as their faulty car or their slow computers.

Regardless of UK households’ reliance on technology and computers in the home, traditional ‘manly’ skills just aren’t keeping up. Over half of men surveyed (51 per cent) said they find the thought of upgrading their home computer’s hard drive extremely confusing, with 39 per cent admitting they’d be puzzled by upgrading their computer memory. In addition, a quarter of guys said even changing the oil on their car would bewilder them, with 38 per cent puzzled by the thought of checking the brake fluid.

Quentin Wilson, TV presenter and car expert said, “I may know a thing or two about cars, but like most blokes, I’m rubbish at all the usual do it yourself and techie stuff. My computer may be my lifeline but I know as much about upgrading its memory as I do about understanding particle physics.”

In fact, most women surveyed said that UK blokes are now more likely to have only the basic skills to do the simpler things in life, such as cut the grass (80 per cent), put up a picture frame (72 per cent), or wash the dishes (68 per cent).

Roddy McLean, a Crucial.com Memory Expert, said, “Taking out the bins, fixing the car and cutting the grass have traditionally been considered roles which guys have undertaken, and now the home computer is one which blokes have had added to their list. However, keeping a computer running smoothly is really not as confusing as one may think. In fact, a computer memory upgrade can take less than 15 minutes to do and upgrading your hard drive is a simple DIY task, even if you haven’t done it before.”