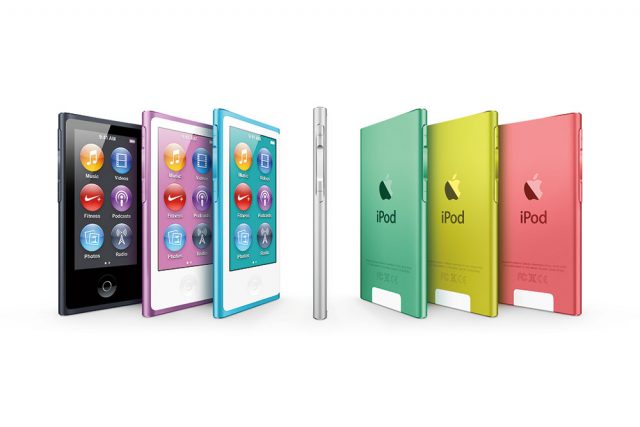 Although the iPod Touch may be Apple’s most advanced of the iPod range, the iPod Nano, currently in its seventh generation, is still a more than capable portable media player, and for many people it is still a perfect choice for entertainment on the go.

When it comes to listening to music on the move, the main things you need to think about are sound quality, ease of use, and storage space, and the iPod Nano scores on all three fronts. Its touch screen controls make it easy to access music and video files that are stored on it quickly, and with 16Gb of storage it has more than enough space for any music library, meaning that it is capable of holding thousands of songs.

It doesn’t matter what type of music you enjoy listening to, you’ll be able to store anything you want on the Nano, and with access to millions of tracks on iTunes if you don’t already own it in your own collection, you’ll be able to find it there and you can take everything with you on the move, and it’s small enough to fit in any pocket.

In contrast, while the iPod Touch is a more powerful version of the iPod, it lies somewhere between the iPod and a powerful smartphone like the iPhone. It can play music and video like the Nano, but can also run apps including games, includes a digital camera and high definition video camera and can even function as a personal digital assistant (PDA); in effect, everything that the iPhone can do – apart from make calls.

With the increase in power, there is also a greater drain on the battery so you can’t use it for as long when on the move, a problem that the Nano doesn’t have being a dedicated media player. The current version of the Nano can offer a stunning 30 hours of music playback on a single charge.

As such, it is still worth choosing to buy the iPod Nano online at Tesco as an alternative to any other portable media player. Being a lot smaller and more compact (at half the size), the Nano is a much better choice if you are looking for a portable music or video player, especially if you already have a Android smartphone or iPhone which will already give you all the other features the iPod Touch gives you.