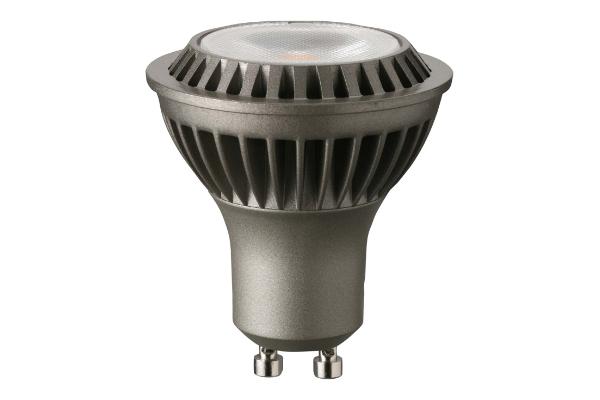 Very few modern kitchens nowadays don’t sport spotlights. But these invariably are halogen bulbs that use a whole heap of electricity. Panasonic has a new range of LED bulbs that will not only last longer but will cost less to run at the same time.

We tested its new Panasonic LDRHV7L27WG10EP GU10 7W LED Bulb. These should easily substitute your current halogen bulb but according to claims by Panasonic, should by 86 per cent cheaper to run than halogen but also run 25 times longer.

Putting them is is almost as easy as a halogen. We did notice that fitting them into a recessed fitting took a little more effort than what we were expecting as they seem to be a hair’s breadth wider than normal halogen bulbs. This could be down to the recess fitting but always check that you can fit them in with one bulb before running out and replacing your whole lighting rig!

Once the bulbs were (very) snugly fitted in we flipped the switch and waited. The lights came on instantly! There is no warming up like compact fluorescent light bulbs the come on in a flash. Also, they run a magnitude less in heat compared to a halogen, so you are much less likely to burn yourself should you touch the bulb. (that is where most of the energy in a halogen bulb goes – in heat, not light!)

The glow of the LED bulb is a lot warmer than a CFL bulbs – more like traditional lighting. So should give any home the lighting they would expect.

Alongside the rather slightly too snug fit of the bulbs, the only other down side is the upfront price. On the Panasonic website, each bulb costs £15.99. Although Panasonic is quick to point out that the overall cost of the bulb plus electricity and the fact it will outlast 25 halogen bulbs actually make the cost of ownership far, far less than halogen. However, we expect that as these become a more popular option, the price will fall to a comparative level with halogens in the future.

Overall, we are really impressed with the bulbs. Not only do they look good, but they may save the planet too