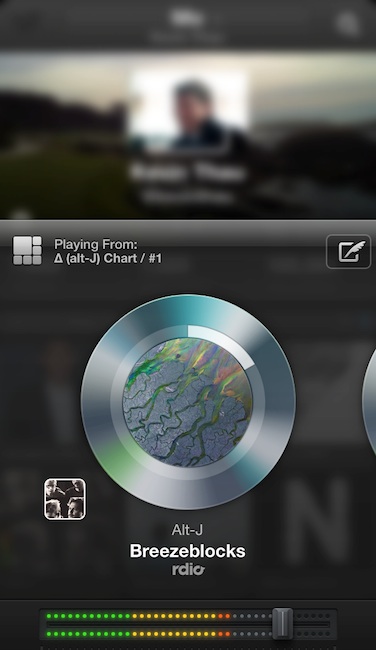 Twitter has finally lifted the lid on its new music service, #music, and made it available via an iOS app on iPhone, iPad as well as the web. It unveiled the new service on US breakfast show Good Morning America.

The service is more a music discovery tool, pulling in music from sources such as Rdio, Spotify and iTunes, while using your Twitter follower data to deliver the music specifically tailored for you. Twitter said that it will “change the way people find music.”

“It uses Twitter activity, including Tweets and engagement, to detect and surface the most popular tracks and emerging artists,” said Stephen Philips on the Twitter blog. “It also brings artists’ music-related Twitter activity front and centre: go to their profiles to see which music artists they follow and listen to songs by those artists. And, of course, you can tweet songs right from the app.”

The app is split into four major sections: Popular, Emerging, #NowPlaying, and Suggested. All of them are about discovery.  The Popular and Emerging sections are pretty much self-explanatory. The Suggested tab uses algorithms to recommend songs and artists using your Twitter data. #NowPlaying lets you play music that has been tweeted out by people in your network who have used the #NowPlaying hashtag.

“Twitter and music go great together. People share and discover new songs and albums every day. Many of the most-followed accounts on Twitter are musicians, and half of all users follow at least one musician. This is why artists turn to Twitter first to connect with their fans — and why we wanted to find a way to surface songs people are tweeting about,” said Philips. Twitter recently acquired We Are Hunted, a music discovery app which has since morphed into Twitter Music.

Various celebrities have managed to get their dibs on the new service about a week before the hoi-polloi. Ryan Seacrest tweeted that Twitter #Music was real, and he was already playing with it.

Twitter #Music will be available in the US, Canada, the UK, Ireland, Australia, and New Zealand. Twitter said that they will “continue to explore and add other music service providers.”